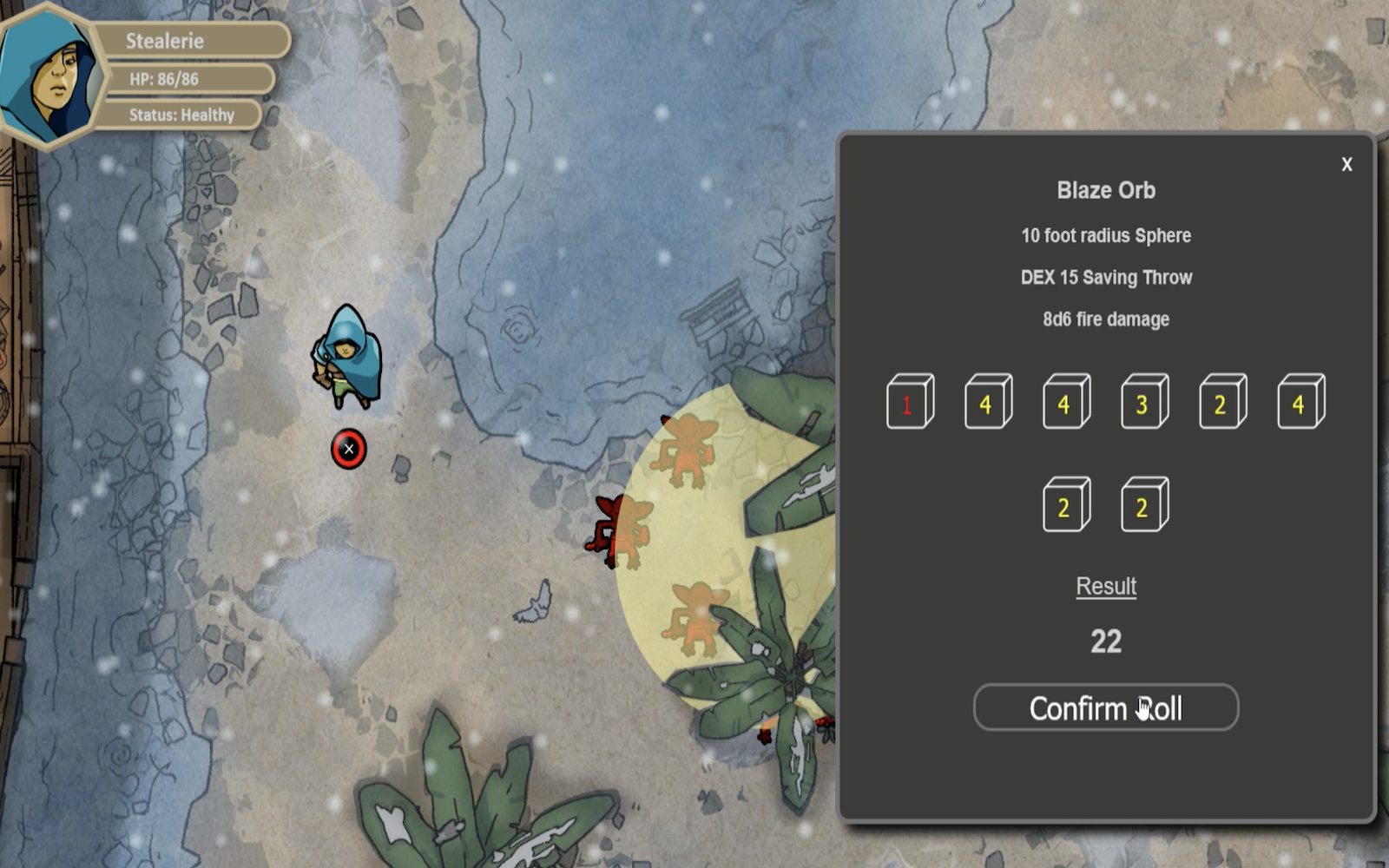 Dungeons and Dragons. D&D has a reputation as a rules-heavy game. It can be intimidating to learn everything, though the 5th edition of D&D has streamlined a lot of ideas. Once you get comfortable with the rules, you may want to make changes based on how your group plays the game, which is a departure from the book rules. I wanted to post about my favorite “home-brew” rules to help give you ideas for your game. I found most of these online and think they work great for my game.

Note: I’m a player-centric Dungeon Master. I don’t run a game to “punish players” or “kill characters.” I believe in challenging my players, but not at the expense of their fun. Gaming should be fun for everyone, especially the players! You’ll find all kinds of home-brew rules online designed to make the game more challenging for players. Before implementing those changes, I strongly recommend talking with your group to make sure they are on the same page.

Rolling 20 on 20 sided dice is always a good thing! When you roll a natural 20 on your skill checks, you “critical succeed” your skill check. The way the skills work by default, it’s possible to roll a natural 20 on a skill check but still fail. This rule means that the character succeeds no matter what. Additionally, I like to throw in something extra to make things more dramatic. If a character rolls a natural 20 on a knowledge skill, they know EVERYTHING about the topic. If they do the same thing from an acrobatics check, the character does something that can only be seen in the matrix, like running on walls. This rule makes the skill system cooler and more dramatic.

“Describe what we see…”

I love rewarding players for describing their actions in detail and dramatic ways. When they describe their character’s action, it helps the player breathe more life into their personality. Detailed descriptions also help the other players immerse themselves into the game. When someone describes something extraordinary or exciting (or even heartbreaking), I’ll award them a +1 to their roll or give them an extra inspiration point.

In my role as a Dungeon Master, I always try to find ways to say “yes,” but often, players’ ideas are so ridiculous that I can’t do that. The exception to this rule is if the player suggests doing something that causes everyone at the table, or online, to laugh. In a situation where I would generally say “no” to a character choice or idea, if it makes me laugh, I’ll go ahead and let the player try it. That doesn’t mean you make it easy for them, but why not if the idea brings the group joy?

If an NPC or PC rolls a natural 1 on a roll to add more drama to the game, they “critically fail.” Even if the character has a high enough bonus to get the number they need to make, they will fail. This house rule means no matter how powerful a character is, there’s always a chance of failure. I implement this rule evenly between NPCs and PCs, so it isn’t a mean rule to players. As a Dungeon Master, I try to make the failure as hilarious as possible, so it doesn’t cause too much pain to players.

I find the rules related to drawing and sheathing your weapon far too complicated in Dungeons and Dragons. To make things easier for everyone, I always make this a free action. It isn’t realistic, but neither is casting spells or magical beasts.

I love “Feats” in Dungeons and Dragons, and I try to encourage players to check them out by giving the player character a free feat at first level. This rule doesn’t break the game, and it gives the player more flavor when building their character.

What home brew rules do you use for your game? Let us know on social media!